His Civic, Religious, Philanthropic, and Professional Accomplishments Earned Him the Center’s Highest Honor in 2018

The of RI Center for Freedom & Prosperity mourns the passing of its founding Chairman, Dr. Daniel Harrop, who died unexpectedly this past Thursday evening. 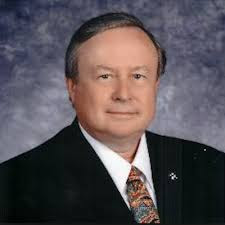 “Dr. Harrop lived a quiet and unassuming, but enormously influential life,” said the Center’s CEO, Mike Stenhouse. “His civic, religious, charitable, and professional accomplishments are among the greatest our state has ever seen. He was a mentor and friend to me and I am proud to have formed our Center under his tutelage. May God rest his good and holy soul.”

With a lifelong record of helping people both professionally and philanthropically, Dr. Daniel Harrop personifies the three pillars that earned him the Center’s annual “Pillar of Freedom award in 2018. The award is based upon: 1) Entrepreneurial or free-market business leadership, 2) Civic engagement, and 3) Record of philanthropic giving or charitable organization volunteerism.

In the area of professional accomplishment, Dr. Harrop, for many decades, had been a leader in the Rhode Island medical community as a certified psychiatrist. With a B.A. and M.D. from Brown University, along with an MBA from the Edinburgh Business School, Dr. Harrop was a licensee or certified member of over a dozen psychiatric and medical associations in numerous states.

In addition to his private practice Dr. Harrop has served as President of the RI Psychiatric Society and the RI Catholic Medical Society, was a faculty member at the Brown University and Harvard Schools of Medicine, a staff member at RI and Butler Hospitals, and was RI Medical Director for United Behavioral Systems at United Healthcare. Additionally, dozens of other professional associations, publications, presentations, staff work, and leadership positions are not listed here.

With regard to civic engagement, Dr. Harrop was one of Rhode Island’s most honored members of the Catholic Church, having been knighted into the church’s distinguished “Equestrian Order of the Holy Sepulchre” in 2008 by Pope Benedict. He was also a Grand Knight in the Providence Knights of Columbus.

Dan also served as President of the Brown Club of RI as well as the Brown Faculty Club, among other civic leadership posts; and he was the only active member of the original ‘medical advisory board’ appointed in the 1980’s in response to Rhode Island’s ‘workers compensation’ crisis. To top it all off, he’s also a Notary Public.

Dr. Harrop has further been a shaman of Ocean State politics since 1980, when he co-chaired RI Physicians for Reagan, and more recently as a major donor to the RI GOP and as chair of the Providence GOP. He was a two-time candidate for Mayor of Providence and for General Assembly – and self-funded his campaigns – just so the Republican brand would be on the ballot. Dr. Harrop was also a successful litigant against the RI Board of Elections when he challenged and defeated, as un-constitutional, a state law that capped annual political gifts from individuals.

Philanthropically, Dr. Harrop was one of the larger donors to the Catholic Diocese of Providence and is a patriarch in support of the Christian Holy Land. He funds a major scholarship in his name at the Brown Medical School and also funded “Harrop Theater” at his alma mater, Bishop Hendricken High School. Many more charitable gifts not listed here.

But “Doc” claimed, other than donating his time and treasure to his faith, that his most fulfilling act of civic responsibility was serving as founding Chairman of the RI Center for Freedom of Prosperity, which has become the state’s leading voice advocating for the free-enterprise system and challenging the policies of the entrenched status quo.

“Quite simply put, without Dr. Daniel Harrop … the RI Center for Freedom & Prosperity would not exist,” added Stenhouse.

Transgender Marxism: From Dysphoria To Dystopia
Scroll to top
YOUR CART
Subtotal:
$0.00
Subscribe to Our Weekly Newsletter