Former Pussycat Dolls singer Kaya Jones recently revealed that she has had three abortions in her past, and regrets getting them. 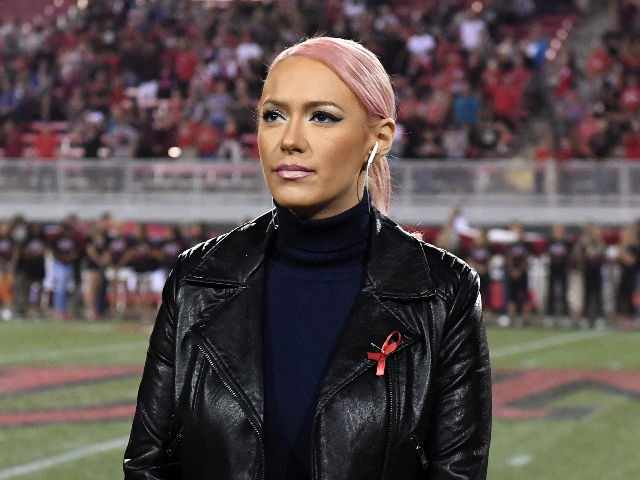 The singer added that her experience with abortion has been “painful beyond measure,” and that you “never get over it.”

Jones explained that she got her first abortion when she was a teenager, after her birth control had failed her.

“I was very young — in the music industry, not receiving any guidance other than what I believed,” she said. “And I was on the birth control pill at that time, so I figured, ‘Well, the pill didn’t work’ — and it actually didn’t, so I didn’t feel that that was murder. I didn’t have any understanding of it. I didn’t speak to my family about it.”

The singer went on to say that she became pregnant a second time at another point in her life, when she was a member of the Pussycat Dolls, and was told to “get rid of it.”

“And at that point, because I had already gone through an abortion previously, I didn’t think it was that big of a deal,” Jones admitted, adding that later, at the age of 30, she became pregnant again for a third time due to rape.

While Jones “wanted to keep the baby,” she said that “ultimately, due to the stress of all of it — there were complications — and that led to another abortion.”

Jones added that the “trauma” stemming from her three abortions is why “I became very, very adamant about speaking about pro-life.”

“Instead of just demonizing it or putting all these regulations, we have to come up with some kind of understanding of the damage.”

“When you’ve had one, you think you can keep having them,” Jones confessed. “You don’t think it’s a big deal, and I genuinely think our culture has turned it into a form of — contraception.”

Jones also recalled an instance in which she was onstage performing with the Pussycat Dolls, when she noticed two young girls in the audience, and realized she was an inspiration to them.

That’s when Jones “had to take a hard look at myself,” because she was experiencing an abortion in “real time.”

And when you see these two little faces, at that moment, I was going through an abortion.

I’m losing my child in real time, I’m being told I was fat before this encounter, before I go on stage, I’m supposed to have super confidence, I’m losing my child, these two little girls are looking at me going, “Wow, mom, she’s a Pussycat Doll.”

These young women are going to have this as their focal point of what beautiful is, what fame is, what success is, and — nothing on me in that moment said, “Caution, this is a lie.” Nothing was saying that. And I was a lie in that moment.

There was nothing beautiful about me. I was tainted, I was destructive, I was destroyed, I was completely in chained and bonded to the devil or the enemy or the realm of death, if you will, where I was living in my worst self.

“We’re all mothers of dead children if you’ve gone through an abortion,” Jones affirmed.

“You will regret it your whole life. Even if I become a mother tomorrow, and I’m happily married and all is well, I’m still going to regret the three children I did not have.”